We would have not known goosebumps by a child’s touch.

We would have beaten up a child and he wouldn’t have cried much.

We would have kissed without our hearts managing a flutter.

We would have sought new forms of tortures that served us better.

We would have held hands and not felt sensations.

We would have sprayed bullets and death would have danced sans afflictions.

We would have lost stirring of love and the warmth of passion.

We would have thrown acid on a sleeping woman and turned her painlessly ashen.

We would have not known the tenderness of an embrace

We would have not known a stinging slap on our face.

We would have not felt our feet going numb in snow

We would have not known the blinding Sun’s burning grow.

We would have not smiled at the wetness of the rain.

We would have been stung by bees without the pain.

We would have not known a tear sliding silently down with a dream.

We would have not known when winds had gathered around.

We would have bled to death without knowing the searing pain of a wound.

We would have feared death and not the pain that comes before it.

We would have welcomed life sans the fear of pain that bore it.

We would have lived in a different world where touch had no splendor.

Sometimes when the doors of the Delhi Metro swoosh open and you get out, you get this beautiful sight of people standing on either side of the door, waiting patiently for you to get down. You feel like Moses, who has just parted the Red sea. Unfortunately, it’s not the long lost virtue of patience making a comeback but a guard with a whistle on each of the door, who is responsible for the shockingly sensible behavior. You have to be the first one to descend the coach to live in this utopia. If you have the misfortune of being the last one, then the red sea will rush towards you like a broken dam and you will wish for a wooden staff to hit each of the droplets on their head. It looks like osmosis and reverse osmosis happening simultaneously. Liquid rushes in and liquid rushes out. We don’t walk. We flow.

Living in India sometimes feels like being a liquid in a cistern. When someone upturns the vessel, we all rush in to take the shape of whatever we are upturned into.

When we form long queues outside counters, the lines start multiplying. It is as if the empty spaces between the lines are too much to bear and suddenly the main branch of the river sprout out distributaries which then continue their journey towards the ocean counters. There is a ladies distributary, sometimes a senior citizens distributary while the main male river watches impatiently.

When we drive on roads, nothing can come close to the miracle of creating 8 lanes on a 4 lane road other than the creation of the universe. The cars squeezed so close that if there is an Autobot war in the middle of the road, no one would stand a chance of opening their doors and running. Everyone will die sitting in their cars watching as a huge Autobot feet crush them or complicated weapons turn them into a sandwich (But wait! That happens only in America, right?). And did I mention motorbikes? They are like those ocean currents flowing inside large oceans. They twist and turn and have a life of their own, spilling on footpaths and broken terrains.

When a lift opens in your office, you see the desperation in the eyes of the people trying to get in. There is no guard with a whistle because they thought software engineers were sensible. The dam is broken and floods the door. You look at the tsunami and feel like parting it with a scream but you stand and stare at it. It parts under your gaze. The feet of a few defiant waves are crushed under the sole of your shoe. Ooh! Aah! Ouch! Am I supposed to fly over you?

Go to the canteen in your office and the tea counter is brimming with humans, buzzing randomly without any queue. As the tea is poured in cups, you witness acts of bravery where people scoop away cups with the dexterity of jewel thieves, sometimes burning their hands by the falling tea. You witness acts of treachery where software engineers plot like mother-in-laws to break through the crowd and position themselves at the correct angles to reach the cup at the right time. It is in our blood, you remind yourself and laugh. Education has nothing to do with it.

Go to a popular temple and you will be pushed and pulled alongside the crowd. You do not have to walk. Just go with the flow and soon you will feel like water flowing through an intricate labyrinth of canals. You will not even realize that the deity that you have come to see with such devotion has whirled past you as you churn in the whirlpool.

And where else would you find people hanging out of trains, buses and shared auto-rikshaws? People try to take the shape of any available vacant space. They are allowed to sit on top of the trains and buses. I too have traveled in a bus numerous times looking like the alphabet S. Those times are over but for how long? 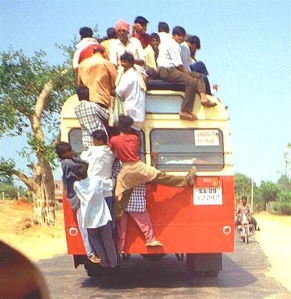 We have lost our patience. There are so many of us cramped in so little that it is suffocating at times. We want to rush out of it, like ants rushing out of their nest if you flood it with water. Our numbers have turned us aqueous. We have stopped balancing moralities. When I hear honks blaring, I hear despondency, I hear death of composure, I hear a silent human cry like that of a bat. We all want to get home quickly because there is so less time to share with our family. There is so less time that we start defying logic. Cars don’t fly. You have to let the people come out of a lift before you get in. Multiple lines will not make it faster. Devotion needs perseverance.

How did we come to this? Why did we multiply like spiders with such lassitude towards the future? Why did we create this monster for our children to bear? It is a terrible feeling to imagine the time when we will overtake China in population. When we think about the future, we imagine order, calmness. But we all know that will not be our future and it is an uneasy, terribly terrifying thought.

The dam is broken and we are rushing forward with all the power of destruction we could muster. 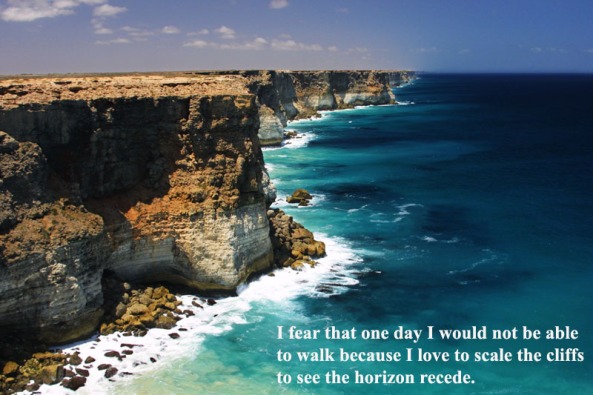 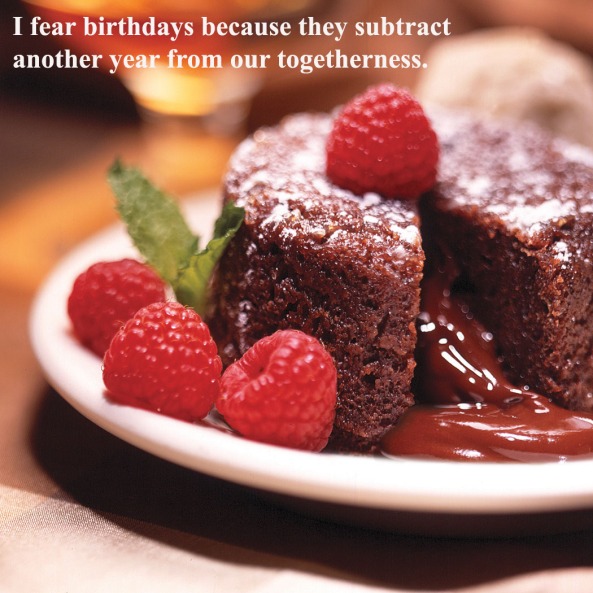 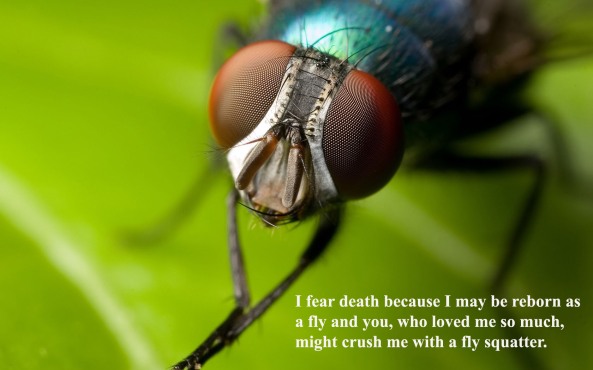 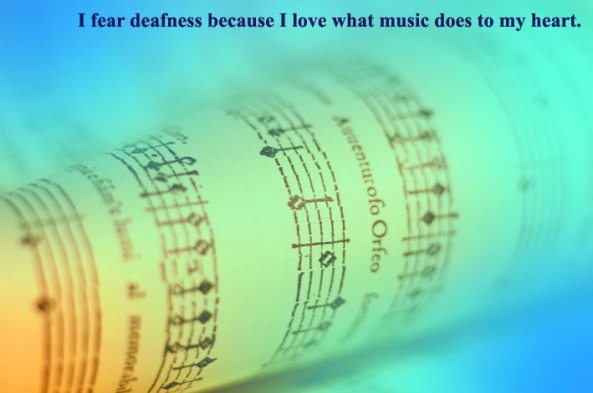 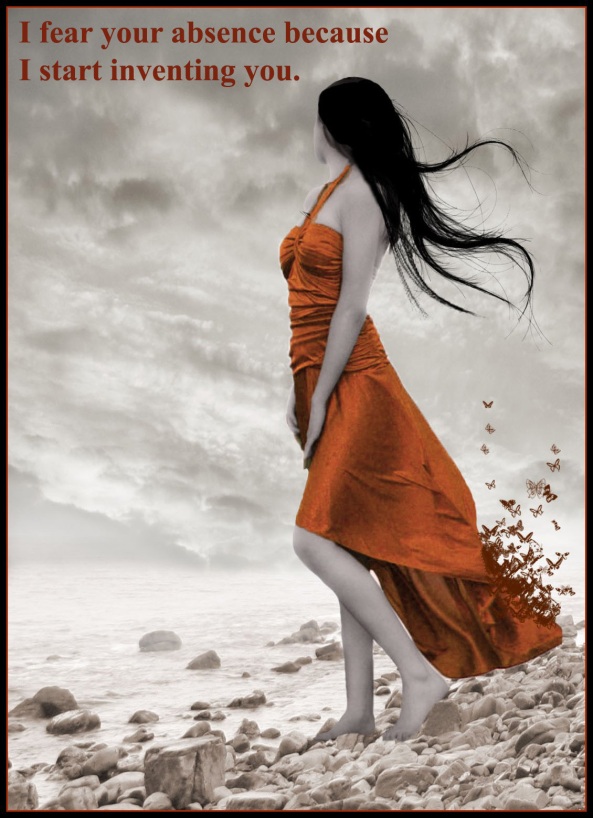 While reading Xylene’s post on dreams, I started to ponder over the dreams which my brain cooks up while I am fast asleep. Earlier, I used to remember quite a lot of them but now a days, the memories just fade away too soon to grasp as soon as I wake up. Guess, I am getting old. My dreams are very vivid and colorful and yes, weird by all means.

So, here are my top four personal favourites from my kitty of dreams which I remember with all the minute details because of various reasons, one of them being that they scared the shit out of me. Here goes –

I could never understand what those dreams meant. They might be my mind’s reaction to various facts and incidences collected by my subconsciousness. They might be a lot of Neurons overworking. Till date, there is no concrete theory on the occurrence of dreams. The only thing known is that most of the dreams occur during the REM(Random Eye movement) sleep, when the eyes flutter beneath the closed eyelids. That is why we always remember the dream if we wake up suddenly during this period. And maybe that’s why I remembered those dreams.

Anyways, I am moving back to Delhi tomorrow. My friends here are sad, I am sad, my mom is reacting the way a spider would react who has just spotted an entrapped fly in his web and I think all this is a dream. But more on it later. 🙂