After Krishna’s death, Pandavas along with Draupadi started climbing the Himalayas to reach heaven. Draupadi was one of the first to drop dead while climbing and reached heaven before the others. As she roamed there, she was surprised to see an Indian version of Champs-Élysées  sprawled in one of the by-lanes. She spotted Costa Coffee, Barista, Café Coffee Day and Starbucks doing great business side by side. She had no idea what these shops sold and stood transfixed. Then a hand pressed her shoulder warmly. Scared that Duryodhan was back to eve tease her, she turned around with her most dramatic expression and saw a smiling Sita standing there.

“Yes. Sita? Oh Hi! What a pleasant surprise!” Draupadi was shocked to come face to face with the legendary figure. She was going weak in her knees.

“Which one?” Sita said pointing to the coffee shops.

Draupadi had no idea what Sita was talking about but she did not want to be an ignorant fool in front of a legend. She raised a finger at a random shop. 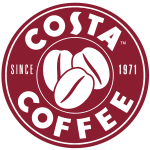 As both of them settled in their seats and ordered two cappuccino, Draupadi was taken aback by the laid back ambience. It was something she had never experienced before.

“Where did this idea come from?” she asked Sita.

“Oh! Brahma went into the future and drank a cup of Latte at Barista. He was so hypnotized by the taste that he drank 78 cups per head that day, met the owner and convinced him to open an outlet in heaven. The rest they say is history.”

The Cappuccinos arrived and Draupadi had her first taste of Costa Coffee. She looked at Sita with amazement in her eyes.

“That look on the face of first timers always makes me so happy,” Sita beamed. She studied Draupadi as she gulped her coffee.

“I saw what happened in Mahabharata. We had a giant screen here in heaven. You won’t believe the kind of frenzy it created here.  Brahma told us that the euphoria will be unparalleled till a lady called Ekta Kapoor will be born on Earth and kill someone called Mihir Virani.”

“Yes, it was all terrible. So much blood. So many families destroyed. Both of us were a part of terrible wars. So many people died and for what?” Draupadi said looking at Sita.

“You do realize that we will be blamed for both the wars, don’t you? People will always say that it was Draupadi and Sita who started the wars,” Sita said with a glum expression on her face.

“It is always beauty that is at fault, never the lack of a spine.”

Both of them sipped their coffee in silence for a while.

“So, 5 husbands, eh? Lucky you!” Sita said suddenly to lift the mood.

“It was exhausting!” Draupadi said rolling her eyes. Both of them laughed.

“How the hell did you end up with all 5 of them? I thought it was Arjun who married you?”

“Don’t ask! They were so obedient that they blindly did what their mother said even by mistake but when it came to blindly breaking someone’s neck for disrobing me, they turned a blind eye.”

“You’re telling me! My husband abandoned me in a bloody jungle all by myself just because he could not stand all the suspicious talk. I was pregnant at that time, dammit! And he did not even had the courtesy to do it himself. He made Laxman do it.”

“I know. I have read it a hundred times and it never made sense to me,” Draupadi said as she gently held Sita’s hand.

The air had suddenly turned acerbic. The coffee was going cold.

“Do you hate them?” Sita asked wiping a lone tear.

“Should I? I hated them with all my heart when Dushasan was trying to throw me naked in front of the whole court, when Duryodhana asked me to sit on his lap. You cannot imagine the rage that filled me. I shudder to think what would have happened if Krishna would not have helped. But then the war happened. I washed my hair with Duryodhana’s blood when it ended. Now there is no rage in my heart but love cannot mend every crack,” Draupadi said with a sad smile.

“Duryodhan is in heaven. I saw him at the Apple store the other day,” Sita said.

“Is he?” Draupadi said giving a surprised look.

“Yes. He served some time in hell but then Indra put him back in heaven.”

“Well, then he must be having a great time with Ravan,” Draupadi said sipping her coffee.

Sita mulled over Draupadi’s answer. If Gods can forgive a prince and a king for molesting a woman because he was a great scholar or a valiant warrior, then the tides have truly turned. They have set an example that would reverberate through centuries.

“Do you hate Ram?” Draupadi asked.

“There is a difference between your situation and mine. You were let down by your husbands before the war. Mine let me down after it,” Sita said as she picked up her coffee giving Draupadi a thoughtful look.

Darupadi nodded. She had her answer.

“What are they playing?” Draupadi said pointing at a couple in the café.

“Scrabble. Want to try it?”

Sita got up and picked up the game from a shelf nearby. She explained the rules to Draupadi and quickly placed 6 tiles in the centre of the board to start the game.

“So tell me about Krishna. I saw him today at Starbucks in a deep discussion with Ram,” Sita said as she ordered another coffee for both of them.

“I will. First tell me more about Mihir Virani,” Draupadi said as she placed her tiles in the rack.

Error: Twitter did not respond. Please wait a few minutes and refresh this page.