KHAP – IIIIM (The KHAP Institute of Insufferable Inane Immutable Men) is a premiere institute functioning in India ever since Adam and Eve reproduced without marrying. The institute was established with the sole purpose to put a check on the luscious & lascivious activities of young men and women of Haryana so that they do not repeat the mistakes of Adam and Eve. Over the years the KHAP IIIIM has established itself as an unparalleled institute that deals with a plethora of activities like organizing murders, beatings, boycotting, passing illegal ridiculous laws and carrying out research. The research wing of KHAP IIIIM has been a crown jewel of the institute which studies various issues around rapes – why they happen, how they happen and what preventive actions should be taken to reduce them.

The results of the study were shocking. A lull spread all over the nation. People gasped and rapists grumbled. Here are the top five reasons which a panel of 5 KHAP IIIIM members disclosed in a press conference:

The study concluded that a prominent reason why men lurk on the roads of Haryana in search of an outlet is because of hazy laws towards gay amalgams. “A hole is all they want” – a senior KHAP IIIIM member stated. “When Hurricane Katrina struck America in 2005 and pictures of it came on internet, a lot of men took printouts and the rapes came down in the state that week” – another member clarified. KHAP IIIIM is of the view that if gay marriages are allowed in the state, it will drastically reduce the unfortunate incidents of rapes.

This was one of the most shocking revelations of the study. When the journalists questioned the members of the institute, they patiently explained the following scenario, which made perfect sense.

“Suppose, a group of bulges boys went to Mc Donald’s and while they waited for their burgers, they see a girl eating her Chicken Mc Grill and going mmmmm. She mmmmms again and again. Mmmmmmm Mmmmmmmm Mmmmmm. And then she gets raped. Now imagine an ice-cream cone in her hand or the Chowmein. Slurrrrp Slurrrrrrp Slurrrrrrpp. What can the boys do when the girls incite them like this?” – The KHAP IIIIM member explained.

* At this point, one of the members of KHAP IIIIM got up and left the room holding a folder near his trouser’s zipper* 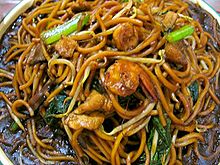 The study revealed that the creation of this 5 star mega slum city in Haryana was too much for the men of the state. Suddenly, there were women running around in spaghettis (which reminded the men of Chowmein) and shorts and skirts all over Gurgaon. The women were working in malls and pubs and call centers and software companies. They drank, they danced. It was too much for the Haryana male to bear. After all, his idea of a woman is someone who makes cow dung cakes and slaps them on a wall. He tore his hair in passion, ripped off his shirt and then bundled the girls in moving cars. “I wish we could raze this city to the ground and put a cluster of villages here. Those were the golden days.” – An eminent KHAP IIIIM member said with sadness in his eyes.

Much too much kissing!

1. Despoina – the 5th moon of Neptune

According to the study, this has been the top reason for rapes in Haryana. In the primitive Greek myth, Poseidon saw Demeter, the Earth mother and desired her. To avoid him, she took her archaic form of a mare, but he took the form of a stallion and mated with her. From this union Demeter bore a daughter Despoina and a fabulous horse Arion (from wiki).

Despoina – the bane of mankind

During the question hour, one of the journalist proposed that maybe the study should have also looked into the possibility of including ‘mentally unstable men’ and ‘lazy law enforcement’ as a reason too. The members were furious and walked out stating – “How dare the press has the audacity to question the report?”

And so Despoina revolved around Neptune, oblivious to the fact that she had lead to a landslide of rapes in Haryana – a tiny piece of land on planet Earth. The Indian leadership is mulling over destroying Despoina with a nuclear device to tackle the problem.