Do you remember this photograph? 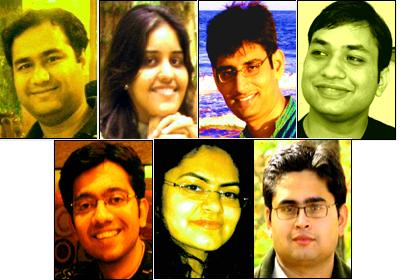 Well, if you don’t, then you better READ THIS. Anyways, the point is that I have to change the photograph a little bit. This is how it looks like now: 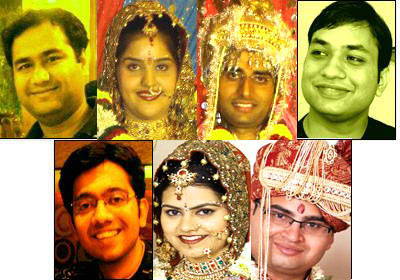 I need answers. I feel like exploding. I want to scream. I feel like a human who was abducted by aliens and had no idea where he was in the last two months or why this happened to him.

I want to know if this happens only to me or are all of us sailing in the same boat?

This has been a salient feature throughout my life and it freaks me out at times. Whenever there is a small tinge of happiness in my life I always have to pay a price for it. The bigger the happiness, the bigger the price. No, I don’t want to balm myself with all the shit about You-wont-know-the-price-of-happiness-till-you-know-what-pain-is. Believe me, I have been through so much pain for so many small tiny happy moments in my life that all I remember is the pain. There is a shloka in Sanskrit which roughly translates to – If you don’t get things at the right time, the rasa(taste) of happiness is not the same. I think either that Shloka was written by me in my previous birth OR someone in the past wrote it when he saw my life through a Crystal Ball. Does this happen to everyone? Or is it just me?

I have always dreamt of seeing the world. To say that I was “happy” when I was told that I would be working from Manchester would be an understatement. I was elated. I was on cloud nine!!! But there was a price attached to it. I could almost see that cynical, mocking smile on God’s face.

“Do you think you are going to get all this for free? You fool!”. And the smirking followed.

I moved to Manchester in February and soon after A and L got married(to each other, that is) that month. We were sad and happy at the same time. For the first time in my life, I understood what “Mixed Feelings” meant. None of us(except the couple) could make it to the wedding. Four of us were in USA and I was in UK.

I was somehow trying to console myself when the second bomb dropped. Ra and Ru got married(to each other, that is) in April, although we were hoping that it won’t be scheduled before December. Thankfully the newly wed L and A were in India and they were able to make it. Even if the rest of us could have thought about a plan to fly and attend the wedding, the great storm of “Recession” was already looming on the horizon.

I had never imagined in my wildest dreams that I could miss those two weddings. These six fools mean so much to me that I will never forgive God for doing this to us. I was talking to Ra a few days back, and I told him that I have lead a very happy life and if someone would have asked me to go back and change one moment of my life, I would have never done that. But now, everything has changed. I want to go back and change things. If I could somehow go there, and be a part of it….

I was in control of my emotions since the last two months but while looking at the wedding pics which Ra has uploaded in Orkut, I came across a photo of Ra and Ru’s wedding reception where they were sitting with A and L. The caption below the photo read….

2 couples.. and we see many other invisible friends whom we can never forget…

That was it! When I read that caption, I completely broke down. This was the price of my happiness. I got what I wanted. I am in Manchester. But God took away something very very precious to me. Something, which will never happen again and I will never be a part of it.

Does this happen to you too? Is there always a price to pay? Is destiny God’s way of playing cruel jokes on us? Or are we entangled in our own webs of crisscrossed dreams?

p.s. We finally cracked the formula for keeping a group intact. Just marry the girls. 😉

[Photographs are copyrighted by me]

76 comments on “The price of Happyness”